Send Us A Message:
ddinniwell@westernmechanical.net

Suncor Energy recovers bitumen ore from oil sands and upgrades it to refinery ready feedstock and diesel fuel near Fort McMurray, Alberta. Suncor Energy took part in the ‘Voyageur‘ upgrade, part of a planned $20.6 billion oil sands expansion, with an expected additional 100,000 barrels of oil per day production. At the heart of this expansion, Western Mechanical took part in the delivery of Suncor’s four new refinery reactors. Fabricated in Japan, the 1.13 million pound reactors travelled by ship across three quarters of the world, approaching Canada from the Atlantic and offloaded onto train in Thunder Bay, Ontario. At the time, the reactor’s journey across the prairies was one of the largest loads ever carried on a Canadian railway. Once in Alberta, Western Mechanical assembled a 1.8 million pound capacity gantry using strand jack technology to trans-load the reactors from the railcars to a transport trailer for their final journey. Taking simple methods and applying it to new technology, Western was an essential part of the Suncor Voyageur project’s success. 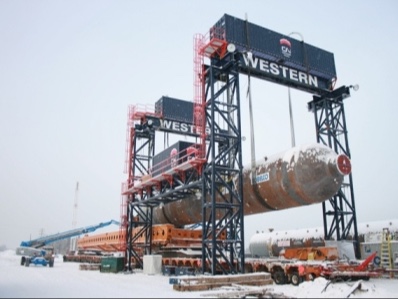 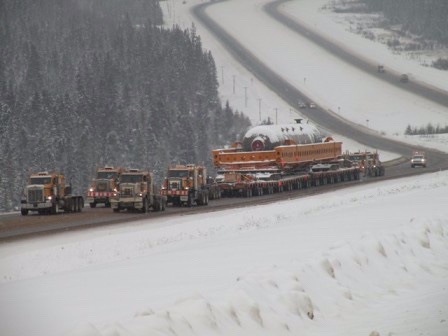 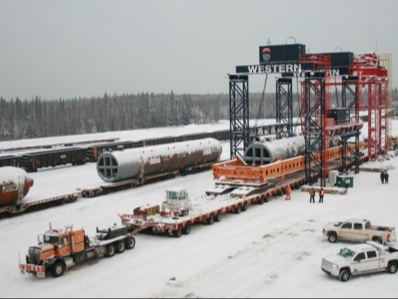 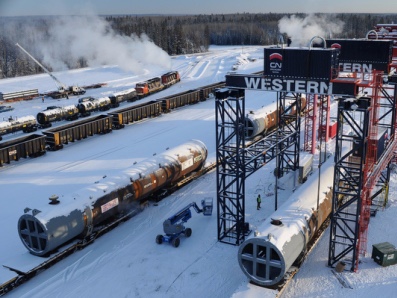 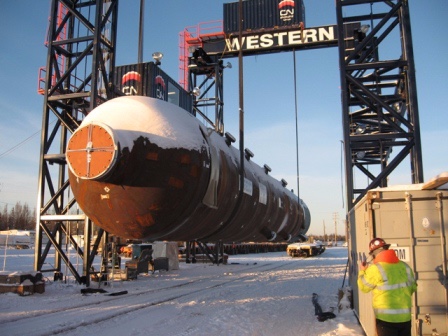